The Political Quarterly publishes analysis, insight and informed opinion on politics and public policy in the UK and globally. It aims to provide access to current academic debates and draw on critical intellectual arguments, but its hallmark is the use of plain English, avoiding theoretical and technical jargon. It is run by an independent editorial board and currently published by Wiley Blackwell. As well as the journal, the Political Quarterly publishes books, organises political debates and events and sponsors the prestigious Orwell Prize for political writing. The Political Quarterly is broadly centre-left in outlook, but publishes a wide range of authors and viewpoints. The current editors are Deborah Mabbett and Ben Jackson. 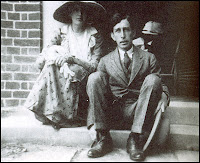