In the second Political Quarterly lecture of the year, Fintan O'Toole, columnist and 2017 Orwell Prize for journalism winner gave an important talk about the future of Britain and Ireland.

Brexit, like all revolutions, imagines a Year Zero, a new history that began in June 2016 with the glorious victory of the Leave campaign in the referendum.

But history cannot be shaken off so easily and, for good and ill, Britain's past is also an Irish past. And in some ways, this history is repeating itself, except with the roles reversed. Where Britain long imagined itself beset by the Irish Question, Ireland know has an English Question. It is as if there is a constant quantum of nationalist angst on these islands so that as it diminishes on one island it rises on the other.

You can hear his lecture here:

John Mackintosh at the Political Quarterly

John Mackintosh (1929-78) served as Joint Editor of Political Quarterly from 1975 to 1978, a Labour MP from 1966 to 1978, and held several academic posts, including latterly a stint as Professor of Politics at Edinburgh University. This unusual career, which spanned the worlds of practical politics and its academic analysis, gave him a unique voice in the political debates of the 1960s and 1970s. Mackintosh was a shrewd analyst of the troubled trajectory of the Labour Party, social democracy, British parliamentary government, and Scottish devolution in that period, penning many authoritative and penetrating articles on these subjects in Political Quarterly and other outlets. This virtual special issue collects together some of Mackintosh's key writings for Political Quarterly to coincide with the John Mackintosh Memorial Discussion being held in the House of Commons on 18 October. You can read the articles here.

The board of the Political Quarterly are delighted to announce that Helen Thompson has won the Crick Prize for Best PQ Article for 2017. Her article, called 'It's Still the 2008 Crash' was awarded by board member and Editor of Prospect Tom Clark at the Orwell Prize on 25 June at the RSA. You can read the article here.
Posted by PQ at 07:55

What went wrong with liberalism? And what should liberals do about it?


For at least two decades after the fall of the Berlin Wall, some version of liberalism was ideologically hegemonic in most democracies and largely set the agenda of globalisation. As we now face a global wave of anti-liberal populism and authoritarianism we are bound to ask how far – and in what ways – that liberalism contributed to this dramatic reversal. Many analysts have pointed to the growing inequality and shattering financial crisis, attributing them to the simultaneous financialisation and globalisation of capitalism, and to policies often characterised as 'neoliberalism'. But should other, and perhaps deeper, features of contemporary liberalism share some of the blame?

Having made the right analysis, what lessons should liberals (with a small l, including liberal centre-right and centre-left) learn? Do liberals have any good answers to populism at home and authoritarianism abroad? How can we fight back?

Listen to the podcast of the lecture here:

Deadlines: 30 April 2019
Political Quarterly welcomes proposals for special issues and special sections of the journal, and for events which promote the journal and publicise recent or forthcoming articles. PQ aims to promote debate and publish articles on issues of politics and public policy that are authoritative, informed by expertise and academic insight, challenging, intellectually demanding and innovative. Proposals should indicate how they will conform to these aims.
Funding is available for workshops, seminars and small conferences related to special issues and sections. Amounts between £500 and £3000 may be applied for, to cover travel costs, room bookings and hospitality, and speaker honoraria. Applicants should note that fees of £200-£400 are also paid to authors of accepted articles and editors of special issues.
Read more here.
Posted by PQ at 12:42 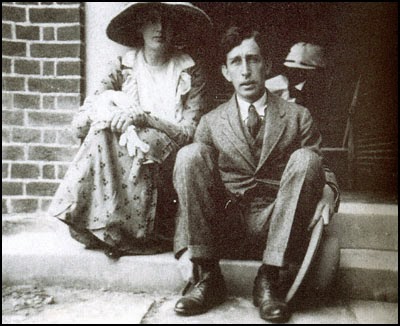