'Democracy in Britain: Retrospect and Prospect' by Tony Wright 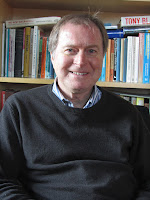 The Political Quarterly is delighted to host former editor Tony Wright for the Political Quarterly lecture entitled 'Democracy in Britain: Retrospect and Prospect'on Wednesday 12 October, 6 - 8 pm at the Institute for Government, 2 Carlton Terrace, London, SW1Y 5AA. You can register for this free event here.

Tony Wright was co-editor of Political Quarterly from 1995 until 2015. MP for Cannock Chase from 1992 to 2010, he chaired the Public Administration Select Committee for over a decade and as chair of the Reform of the House of Commons Select Committee introduced the ‘Wright reforms’ that strengthened the role of the Commons. Since his first book on GDH Cole and Socialist Democracy (1979), he has published many books including Socialisms (1986), RH Tawney (1987) and Citizens and Subjects (1994). His most recent books are Doing Politics (2012) and the second edition of the very successful British Politics: A Very Short Introduction (2013). He is currently a Professor at UCL and Birkbeck.