Bernard Crick Prize for Best Piece 2015. The winners are...

The criteria from the judges were as followed: 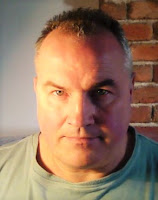 All of these criteria were fulfilled and the prize was given at the Orwell Prize Awards by co-editor Deborah Mabbett on 26 May at the University of Westminster. You can read the winning article here.
Posted by PQ at 00:55