The Political Quarterly Annual Lecture given by Colin Crouch on 19 January 2016 at the Institute for Government.

Two disturbing stories in late 2015 - the Volkswagen emissions testing scandal and the news that some NHS trusts had been giving general practitioners financial incentives not to send patients to hospitals for tests - seemed to come from quite different parts of the human capacity for wickedness. But both are products of the same neoliberal insistence that financial knowledge should trump all other kinds. You can see the lecture in full here.

After many capable and successful years of Tony Wright at the PQ helm, Tony has left his role as co-editor for pastures new and we wish him well for his "retirement".

We are delighted to welcome Ben Jackson as new co-editor. Ben will be working with Deborah Mabbett and will continue the sterling work carried out by Tony, Andrew Gamble and Michael Jacobs. 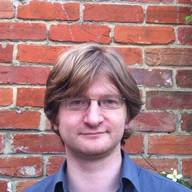 Ben is Associate Professor of Modern History at Oxford University and a Fellow of University College. He is a historian of modern Britain, with particular interests in labour history, political thought, and the history of social and economic policy. He is the author of Equality and the British Left (Manchester, 2007) and co-editor of Making Thatcher's Britain (Cambridge, 2012). His current research focuses on the rise of the neo-liberal right and Thatcherism; on the political thought of British socialism and liberalism; and on the history and politics of Scottish nationalism. Prior to becoming the Co-Editor of Political Quarterly, he was the Editor of Renewal: A Journal of Social Democracy between 2012 and 2015.
Posted by PQ at 08:32