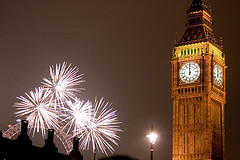 The next issue of The Political Quarterly will be out in the New Year. It includes:

So order your subscription today!  Click here.
Posted by PQ at 04:07