How far has British politics been feminised?

In the latest issue of the Political Quarterly, a special collection of essays asks how far the feminisation of British politics has really gone, and where it goes from here. The disappointingly slow increase in the numbers of women in Parliament, including the lack of progress in the selection of female Conservative candidates and the fall in the number of Liberal Democrat women MPs, has reignited the century-old campaign to equalise the political representation of women and men in public life. With the demand for female quotas on corporate boards now reaching EU decision, new clarity emerging about women's voting patterns, and the many examples of greater political representation of women in other countries, a new debate has arisen about how women's representation in British institutions can be improved. Is constitutional reform needed to make parity compulsory?

You can find details of the latest issue here.
Posted by PQ at 05:32

PQ Event: ‘Is politics doomed?’ and ‘Why are politicians so hated and what can be done about it?’ November 10, Birkbeck

The Political Quarterly are delighted to be taking part in Birkbeck’s Department of Politics’ 40th anniversary celebrations from November 5th to November 10th at Birkbeck.

The event will comprise two discussions:

(16:00-17:30) Why are politicians so hated and what can be done about it?
Chair:    Professor Tony Wright (Birkbeck)
Panel:   Frank Dobson MP (Holborn and St Pancras)
Helen Goodman MP (Bishop Auckland and Shadow Minister for Culture, Media and Sport)
Tulip Siddiq (Councillor, Camden)
Ben Wright (BBC)
We will also be launching Defending Politics, a collection of Bernard Crick’s writings for PQ over almost fifty years, edited by Stephen Ball.

Heaven's Talent Scout: The Prime Minister, Patronage and the next Archbishop of Canterbury by Matthew Flinders


Who will succeed Rowan Williams?

The current selection process for who will succeed Rowan Williams as Archbishop of Canterbury seems to be descending into chaos with the Crown Appointments Commission locked in deadlock, the charismatic Archbishop of York, John Sentamu, apparently snubbed, other leading candidates openly admitting that they are praying that they do not get the job and increasing discussion about whether the Prime Minister might be forced to step-in to make a decision. The problem is that ecclesiastical appointments, and particularly the role of the Prime Minister, have traditionally been clouded in mystery and secrecy. You can read Matthew Flinders' PQ article here
Posted by PQ at 02:42

Maurice Glasman and Jesse Norman in Conversation: The Big Society in Question 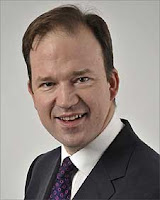 PQ's latest book Retrieving the Big Society edited by Jason Edwards is being launched next Tuesday, 16 October at the Institute for Government (see below for event details). As a preview to the launch, you can download the chapter of Maurice Glasman and Jesse Norman in conversation here and hear them debate the issues.
Posted by PQ at 07:10 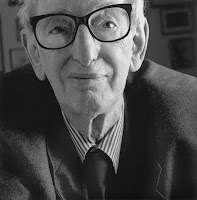 As a tribute to the late Eric Hobsbawm, PQ have republished his 1954 article "The British Communist Party" here .

Eric Hobsbawm outlived his short twentieth century (1917-1991) by more than twenty years. And right to the end he was still the object of scandal for having been far too long a communist. ‘You see’, he might have said, (‘you see’ was one of his habitual linguistic tics) ‘there have been many communists among major historians, but they left. Some stayed on the left (E.P. Thompson), some moved right (Annie Kriegel, François Furet). I stayed until the end, the bitter end.’ You can read the rest of PQ literary editor Donald Sassoon's obituary here.
Posted by PQ at 03:30

Tuesday 16 October 6 – 8 p.m, at the Institute for Government

To mark the launch of the Political Quarterly’s latest book Retrieving the Big Society, edited by Jason Edwards, a panel made up of contributors will discuss the Big Society project, its intellectual provenance, and assess its impact on the present and future of British politics.

The panel and debate will take place at 6 – 7 p.m. with a drinks reception until 8 p.m. at the Institute for Government.

Speakers at the launch will be:

The book will also be available at a special launch price. To reserve a place, contact Emma Anderson. You can read more about the book here.

PQ at the Labour Party Conference 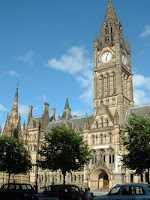 PQ are sponsoring two events at next week's Labour Party Conference in Manchester. Join us if you can.

On course for victory? What does Labour need to do to win in 2015?

In October 1930, PQ published a fascinating insight on unemployment written by William Beveridge. The article was an updated chapter from a book called Unemployment: a Problem of Industry originally published in 1909. You can read it here.

Malcolm Wicks MP 'What Ministers Do'


We are delighted that Malcolm Wicks has written a piece for PQ, due to be published in issue 83 3. In it he highlights the role of the minister along with the ups and the downs of parliamentary life. You can read Malcolm's insightful and fascinating article here.

He starts: "Having been a minister in three different departments for a period of over nine years (1999–2008), during the Blair and, briefly, the Brown governments, I thought it might be useful to reflect on what ministers actually do, their functions and how they spend their days. In thinking about what I did as a minister, I have avoided going back to some of the classic constitutional texts on what ministers supposedly do, how they are accountable and such like. I am sure there is good literature on this from political scientists and constitutionalists, but I have avoided influencing my own views and approach by consulting these texts."

Kingsley Martin's 1930 The Influence of the Press

In April 1930, the Political Quarterly published 'The Influence of the Press' by Kingsley Martin which you can read here.  He writes:

'Fear is the easiest of all motives to exploit in the popular Press, and if Lord Rothermere and Lord Beaverbrook play a considerable part in the next election, it will be by stampeding the middle classes with the bogy of Russian propaganda or the menace of socialistic taxation. It will not be by creating new policy.'

In honour of the late Ben Pimlott, Twentieth Century British History, the Centre for Contemporary British History, and Oxford Journals have established this annual lecture series. This year's lecture will be delivered by Jean Seaton on; The BBC and National Life: The 'Insider' or 'Outsider'? The corporation during the 1970s and 80s.

We very much hope to see as many of you there as possible for the lecture and reception. All welcome so please do share this invitation. Admission is free just RSVP to Katriona Lewis
Posted by PQ at 12:43

Award for PQ piece by Andy Mycock and Jon Tonge


Congratulations to Dr Andy Mycock (Huddersfield) and Professor Jon Tonge (Liverpool) who have just been awarded a CiCea award for their article 'A Big Idea for the Big Society - The Advent of National Citizen Service' which appeared in issue 82 1 of the Political Quarterly. You can read more about the award here and read the article here.

A farewell to Andrew

Last month, we said farewell to Andrew Gamble who had been co-editor on the journal since 1997. To show our appreciation for all he has done for PQ over the last fifteen years, he was presented with a cartoon from cartoonist Martin Rowson. In the background you can see fellow co-editor Tony Wright and also Bernard Crick looking on.
Posted by PQ at 10:37

The Northern Ireland Peace Process in an Age of Austerity


The steady drip of dissident Republican attacks forms the backdrop to this special issue of Political Quarterly. Moreover, this comes at a time of economic austerity, when Northern Ireland faces unprecedented cuts to its public sector-dominated economy. The economic crisis in the South adds an additional layer of uncertainty to the picture. In the past, economic deprivation has been associated with conflict in Northern Ireland and elsewhere.

Might the peace dividend and constitutional settlement which have underpinned the Northern Ireland ‘miracle’ since 1994 be under threat? Or is there now sufficient momentum in both of Northern Ireland's main ethnic communities that such an outcome can be safely averted? This paper summarises the thinking of our symposium and special issue on this topic, updating our picture of the Northern Ireland peace process. 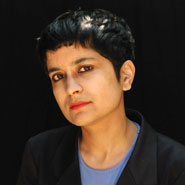 New Labour arguably left Britain more comfortable in its diversity and better protected by anti-discrimination law. Equal treatment for gay people advanced significantly and the Human Rights Act provides a modern Bill of Rights for everyone in the Kingdom. Curiously however, parallel laws dishonoured these values in thought, word and deed. Home affairs hyperactivity left ours a less friendly country in which to seek asylum, dissent or even be young...
Posted by PQ at 16:12